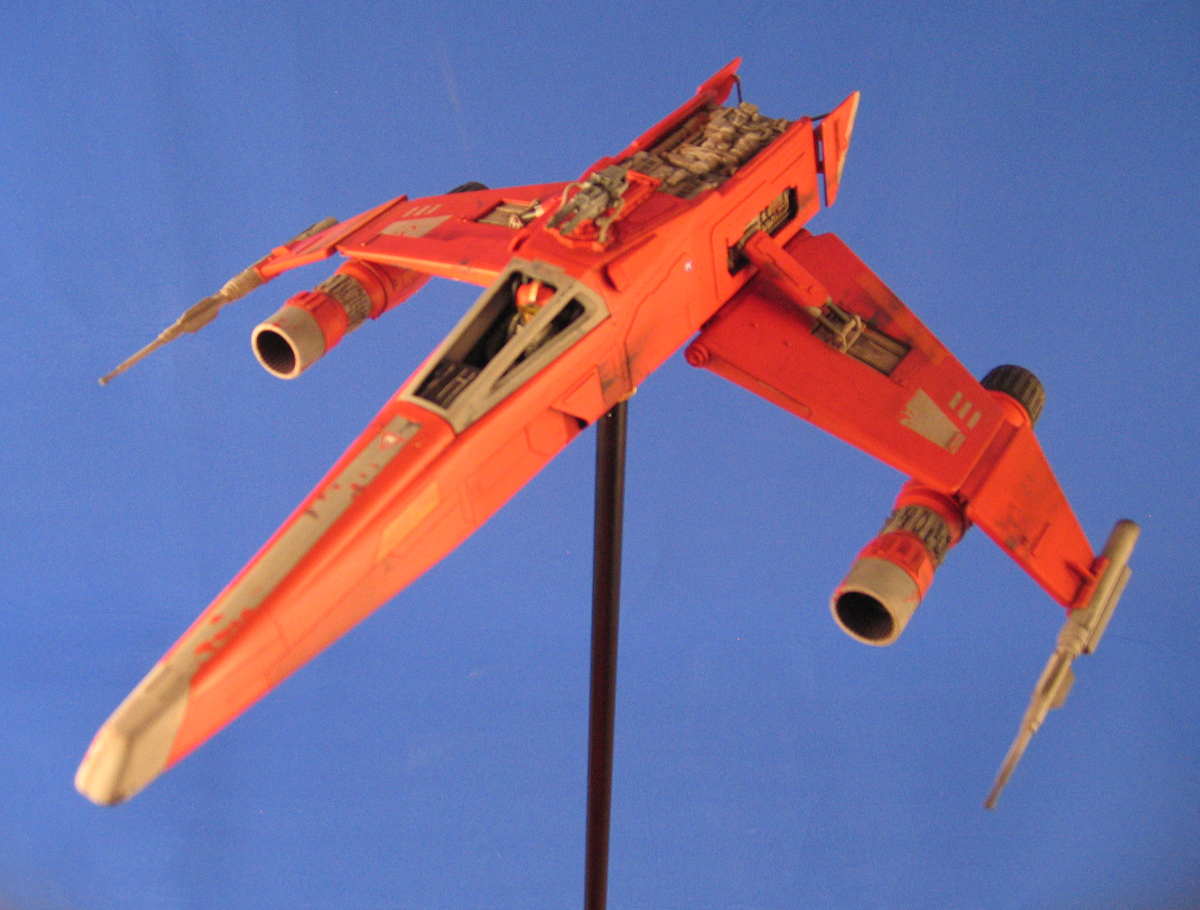 Originally shown here on Modeler Magic back on June 11, 2009, I felt this was a great candidate to bring to our front pages once more.

Here is another example of great creativity by talented artist Scott Graham with the amazing (former) FM Model Company 1/24 E-Wing! Scott added a few ‘fins’ on the back he calls “go-fasters”! A creative addition indeed! Not to mention the beautiful Red paint scheme and weathering done. Scott also placed his lasers on the outsides of the wings instead of the typical underside mount! A fantastic job!

Of note… not ONE of these E-wing kits have been built the same so far. That tells me it is one that fits well enough together that people CAN be creative with their own builds of it! 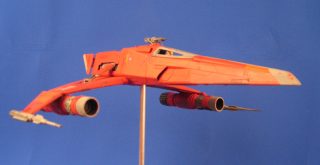 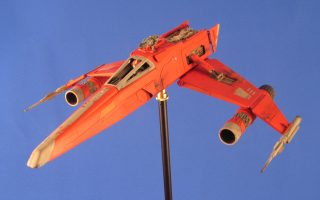 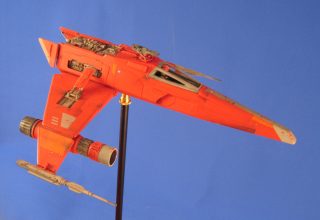 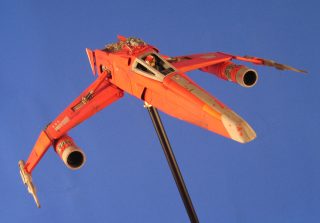 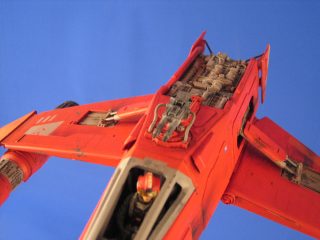 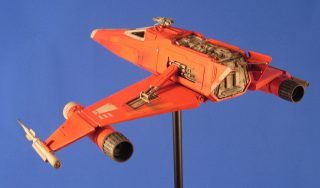 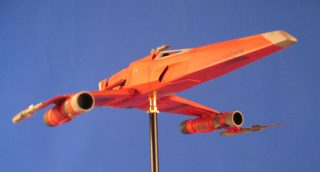 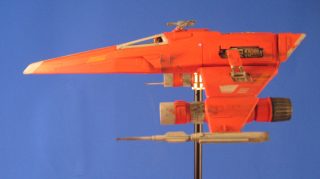 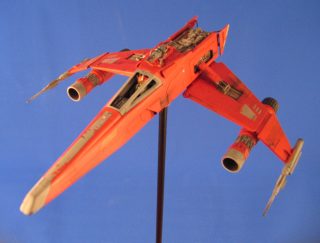 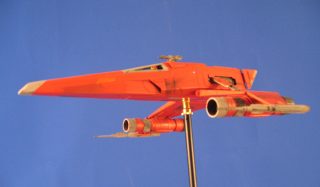