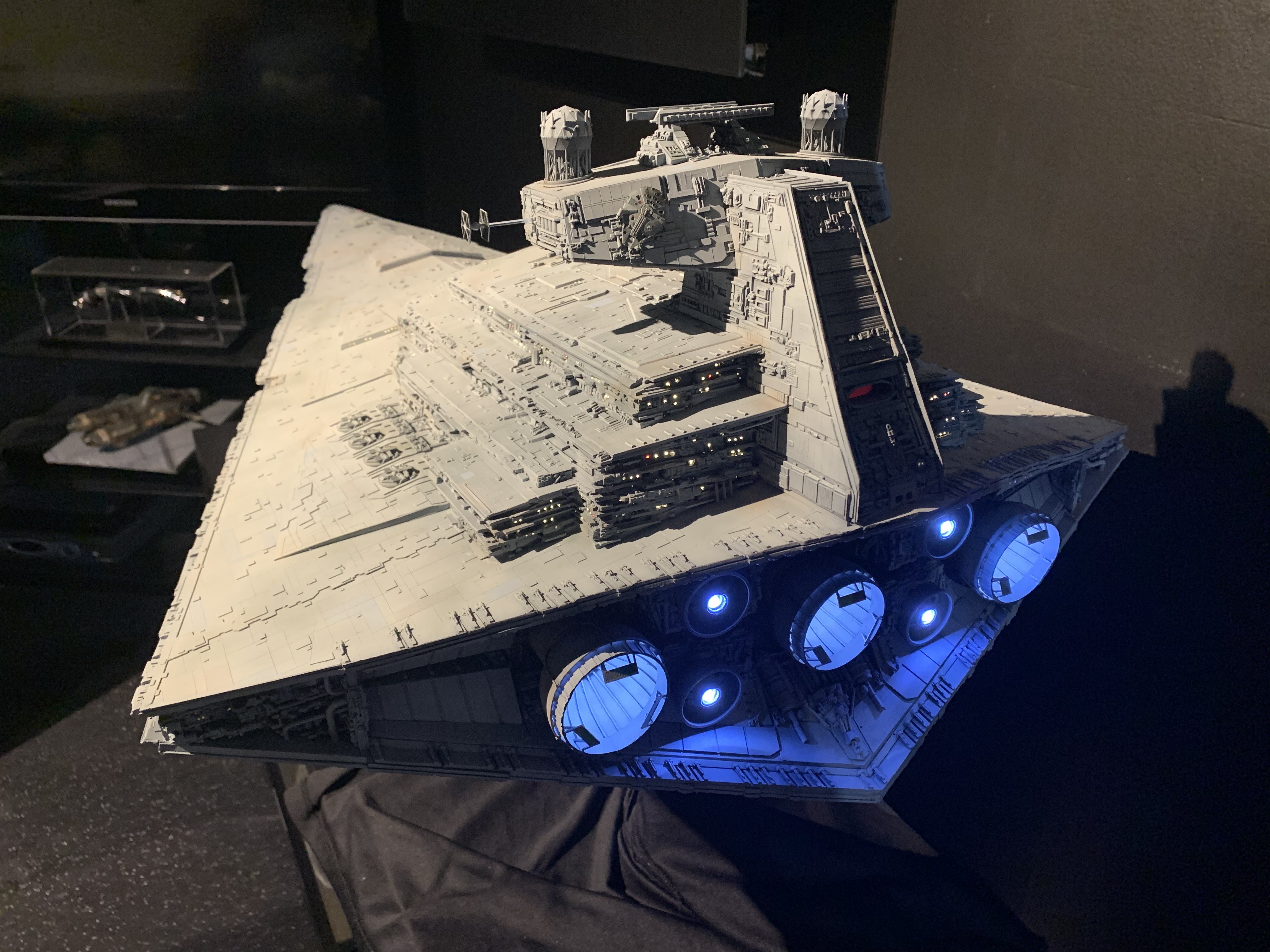 I just finished a monster of a model. Here is my vision of Randy Coopers 1/1500 ISD. I added extra piping to the rear corner engine areas as well as lots of extra detail bits on other parts as well. I really just picked and choose from various ISD’s that I thought looked really cool. I used Mission Model Paints on this and added extra panel colors such as purple/blue and grey hues, it gave me the look I was going for. I had some Tie Fighters as well as Imperial Shuttle printed and feel it added a pretty neat ROTJ feel to it, I made the Ties a little larger just so they would look like actual Tie Fighters rather than tiny specs, it gave the impression I was going for. The lights are not fiber optic but rather clear resin that is back lit, using a pin vice to remove small circles of paint to reveal the light in behind it. I added a dim, red glow to the garbage chute and gave it a honeycomb texture to it. I ran a 1/2″ metal pipe thru it and is powered by a 12v wall plug. The three large engine bells are lit using 3, 5 mm flickering LED’s to give a larger spread of light. I finished it off once again with a custom base, spec plaque and ID plaque. This is a very impressive model when seen in person and is now my favorite build.
Regards,
Carson Ward 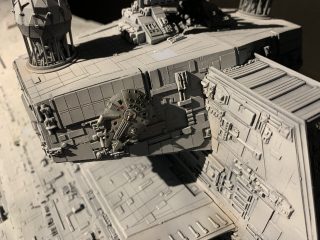 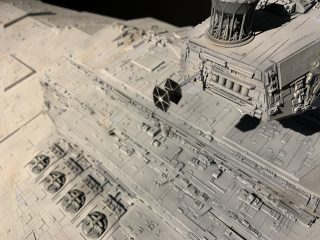 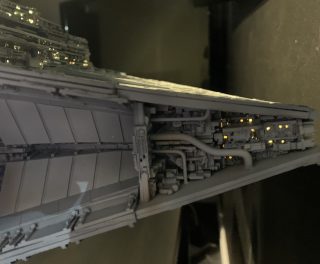 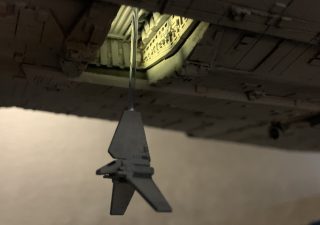 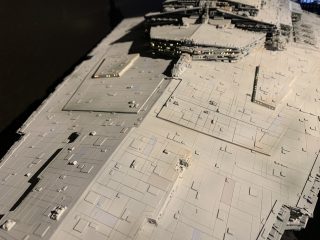 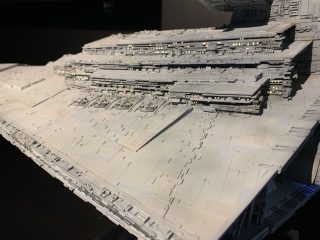 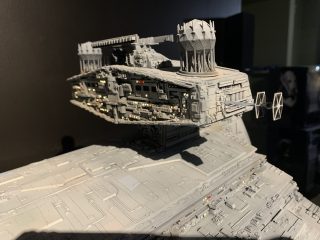 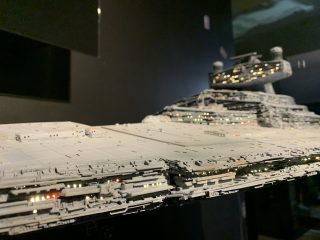 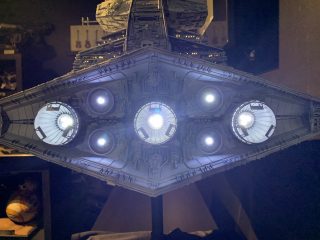 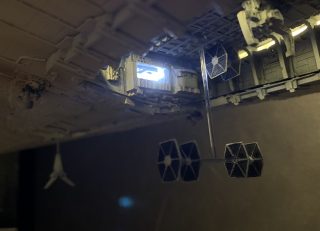 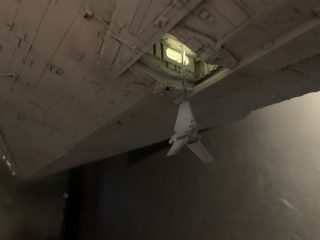 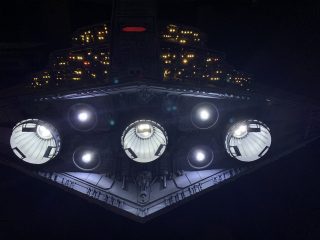 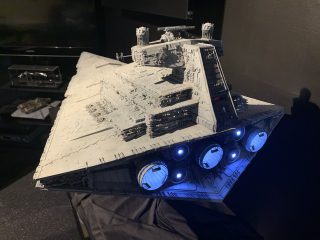 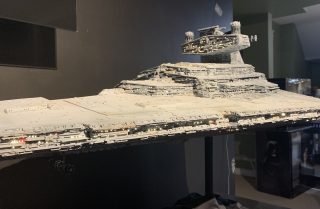 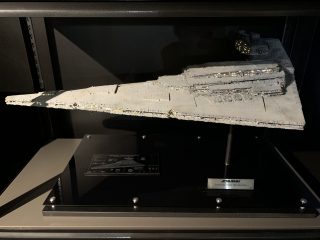 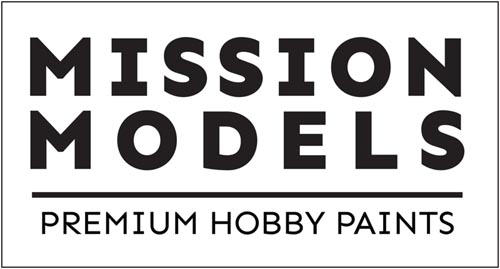