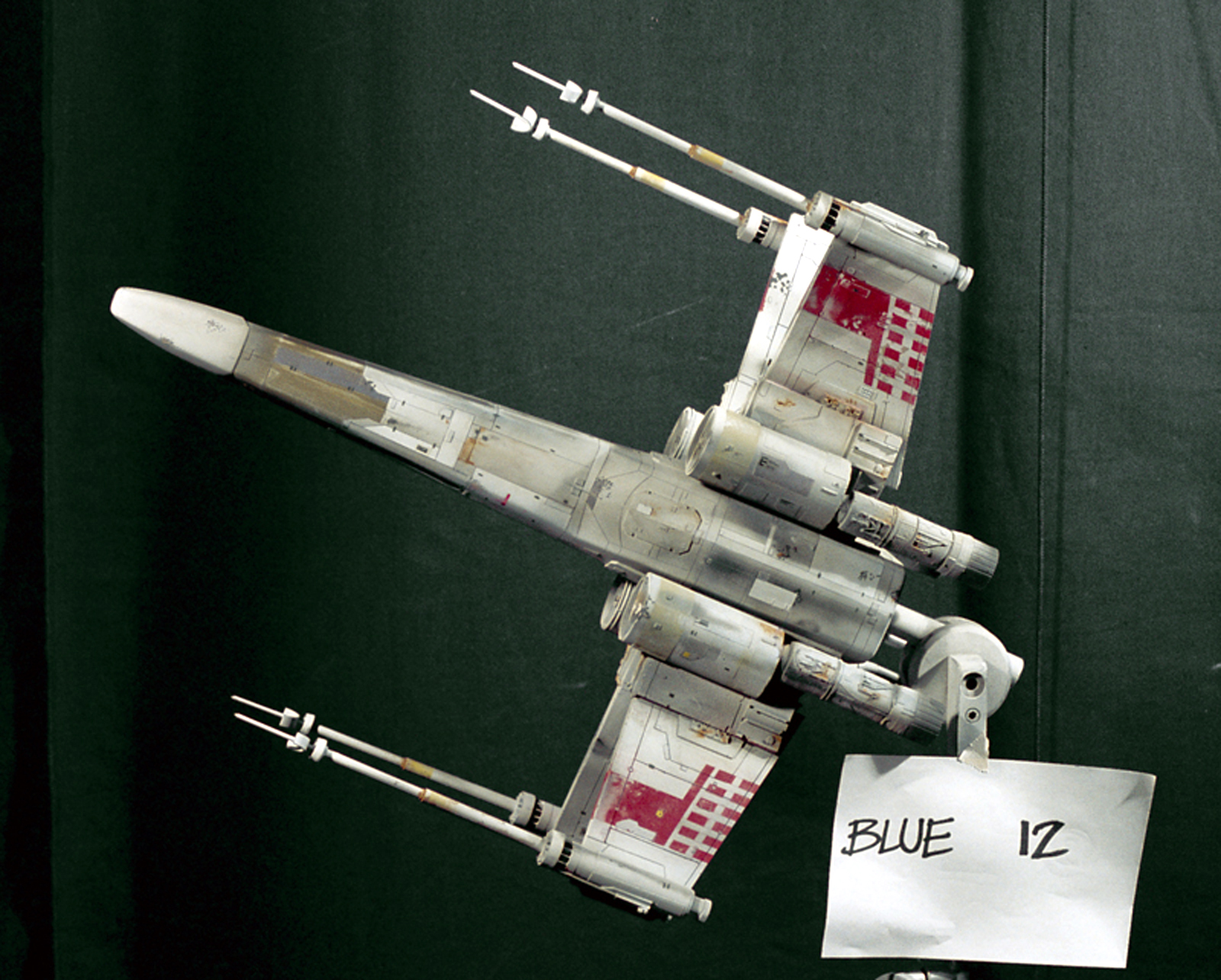 These photos were taken in the LucasFilm Archives, and given to me (Kurt Kuhn) by Jason Eaton, whom I believe in turn received them from Mike Verta. Clearly these are  photos of the bottom of a studio X-Wing model which is marked as being BLUE 12. Obviously this has red markings and is thought to have been a Pyro model for the Star Wars films. I have been informed of a few modelers that have the top view of this bird, that are planning builds of it so that everyone will finally know what it looks like. Hopefully those who have the top photo will be kind enough to contribute it to everyone in the hobby for better, more accurate builds. 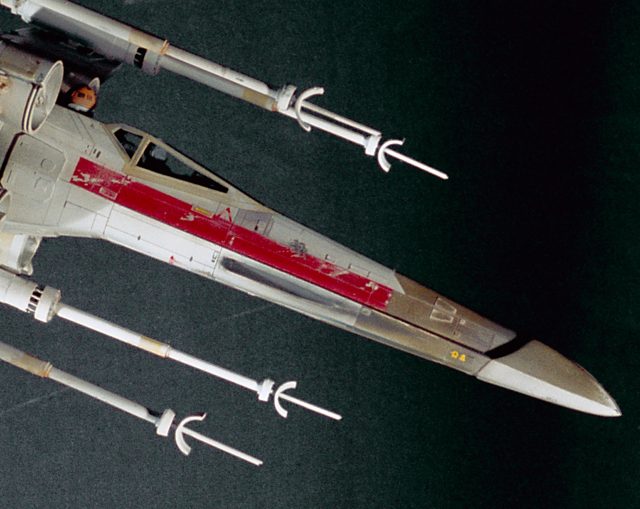 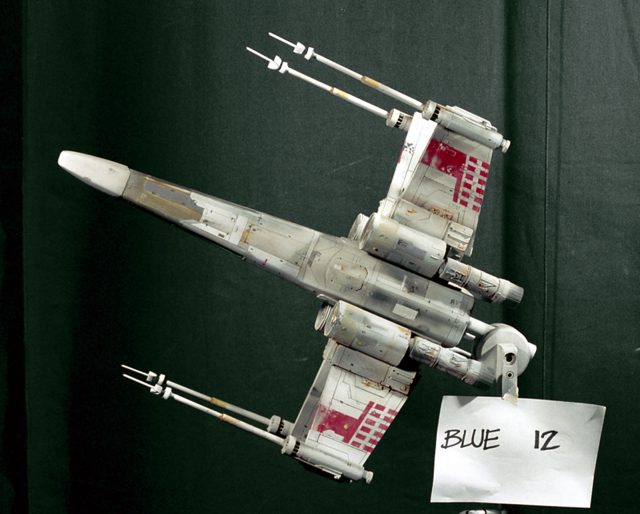