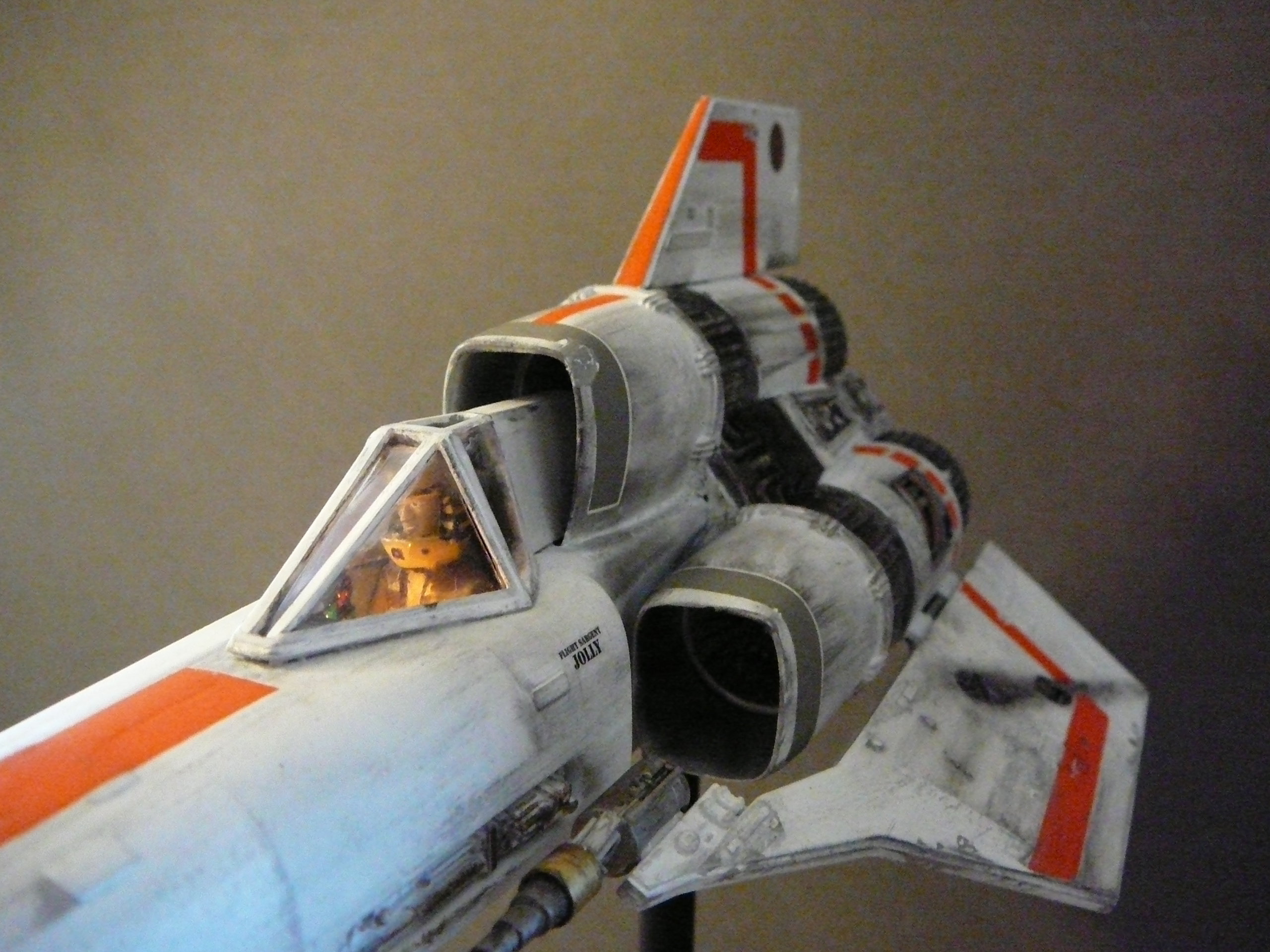 Here is my custom built viper with battle Damage. It is the 1978 original monogram kit! I cut out the canopy and scratch built the cockpit. The pilot is a resin aftermarket I picked up in England off of Ebay. The left wing and blown engine hatch are scratch built along with the rear engines. The lighting kit is also scratch built by me! I did all this to my model in 2008 way before they came out with the new re-popped kit from Revell!  If I only new they were going to do that! That stated, I am making Landing Gear and Battle Damaged Wings for that Revell kit as aftermarket add on’s to be sold through Spacecraft Creation Models.
Steve Carricato
Spacecraft Creation Models 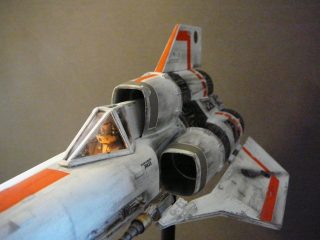 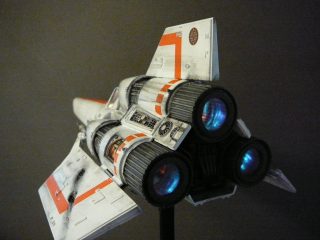 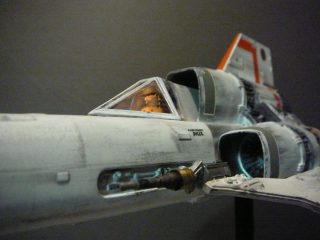 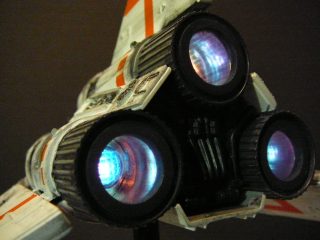 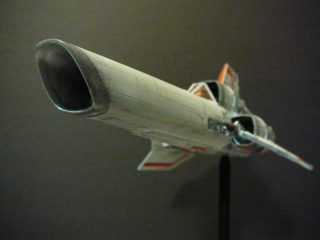 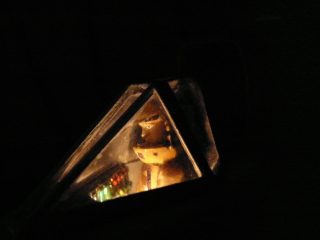 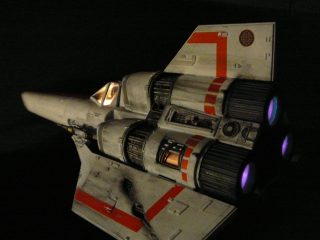 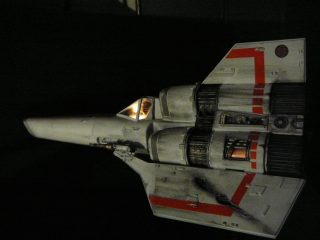 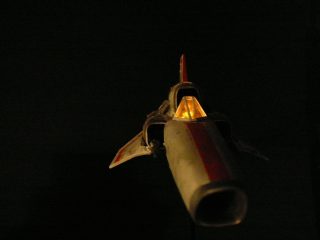