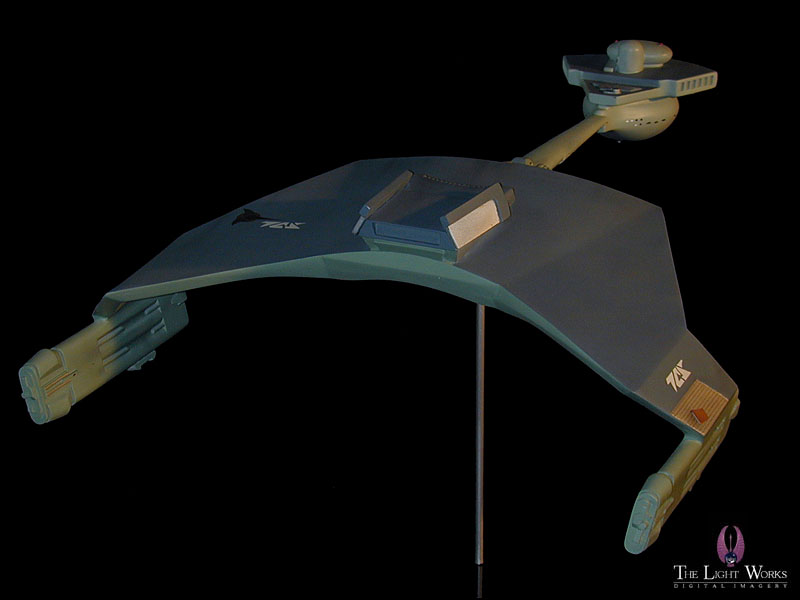 Originally shown here on January 31, 2009… I thought this build worth showing again…

Built from a kit, Tobias Richter of The Light Works did amazing work in replicating the Studio Model.

Here is what Tobias had to say…

The Klingons are probably one the most well known Alien race in modern Science Fiction. And the D7 cruiser is their most successful ship design – the basic lines stayed unchanged for decades, with the latest incarnation as chancellor Gorkons ship “Kronos” in “Star Trek IV – The undiscovered country”, the last movie to feature the complete classic cast with Kirk. Spock, Bones and the gang. I spotted this monster a few years ago on Ebay – it claimed to be a casting made from the original studio model. Obviously it is pretty similar to the new studioscale kit Captain Cardboard is producing right now, so it can´t be that far away from the real thing. It seems to be the right size, but I think some elements are slightly different to the studio model. I added a few parts – the ribbing on the side wing with the extra shape, the tiny dots on the bridge, and some small parts on the warp engines. Since this was delivered in one piece, I did not put any lights in it – there isn´t much to light anyways. 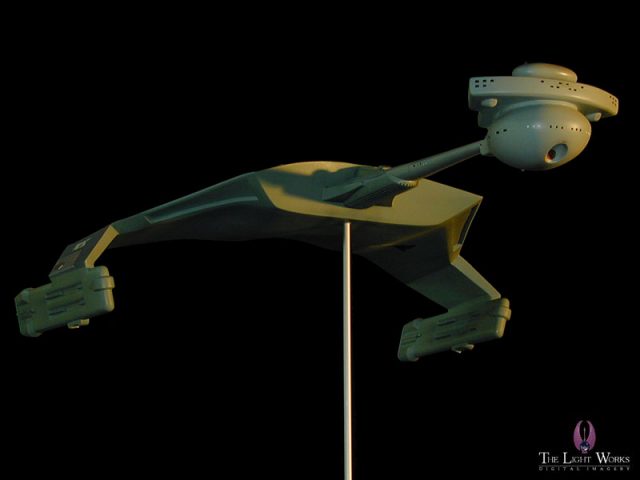 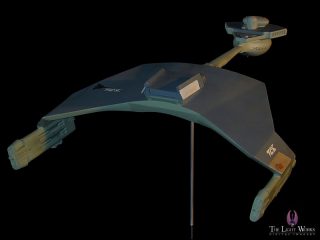 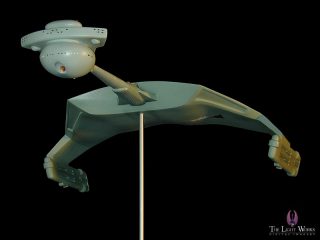 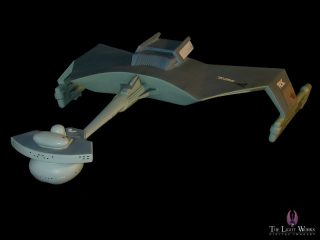 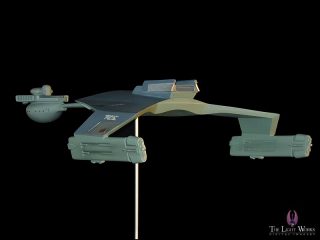 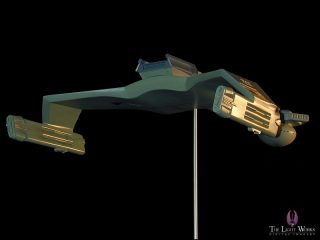 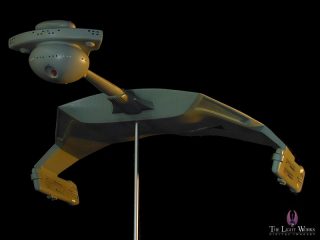