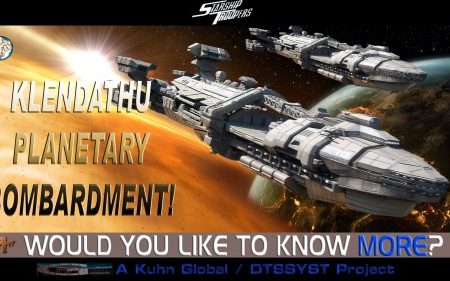 Using the photos of the DTSSYST Rodger Young build SEEN HERE, and various other shots, and utilizing some of my own memory of Starship Troopers… I was able to create the below Federal Network Advertisement as it actually may have been seen in the Film. What I remember of the movie was a lot of government propaganda ad campaigns that had BIG, BOLD letters to make joining their military services sound exciting and adventurous. And all followed by that Grey bar on the bottom of the screen asking if you would like to know more! LOL. Well.. here is my own interpretation of what they could have used. 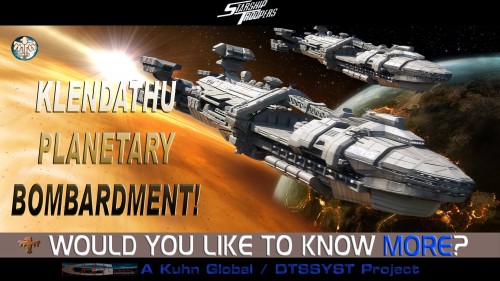