Lurking behind one of the moons of ENDOR, the new Persistant Class Imperial Cutter INTRANSIGENT sits in silence as she jams all communication between any Rebel space vessel and Endor. She was sent to do just that in order for Emperor Palpatine to toy with the pitiful (and predictable) Rebels in their feeble attack which started with Princess Leia and General Solo’s attempt to take down the latest Death Star’s shielding emanating from the planet’s surface. Unknowing that the Emperor knew what was happening, due to it being his own design, General Calrissian leads the most massive Rebel attack force ever brought together only to realize too late that their surprise attack was in fact a trap… and that their signals were being jammed by the Intransigent. Fate would soon seal itself for both sides of this war.

Using the blue screen photos of the fantastic R.L. Bleecker scratch & bash Imperial Cutter INTRACTIBLE (seen HERE), as well as the custom R.L. Bleecker design X2 Fighter (seen Here)…. he made this fantastic piece for our imaginations as part of the Star Wars Trilogy.

To view either piece in it’s full, LARGE size, please click on it. 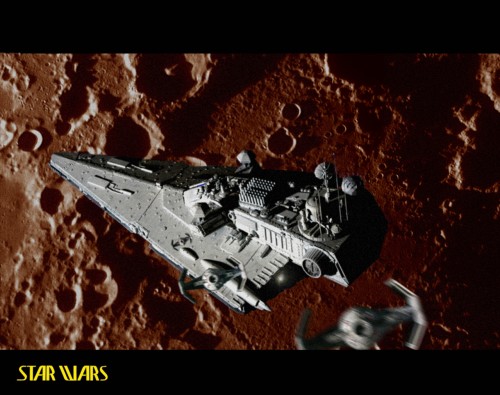 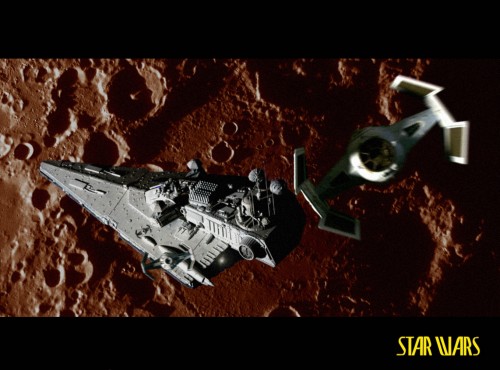