I have been a long-time customer of Atomic City’s since the 1990s and love his kits! I assisted Scott a bit with this particular project last year and per our agreement, I received kits #1 and #2 in October 2015. With my feedback, he has been able to make some improvements to the production kits as well. Fortunately, Scott was very receptive to my input. The kit is a 1:1 scale recreation of the original filming miniature and measures in at a whopping 43-inches long, with a 21.5-inch wingspan!

So…I have spent the last five months working on them. I built one for myself and one for a customer, Karl Tate. Karl is a good friend/ professional graphics artist and like me…is VERY particular about details, so our models were customized to match the original filming miniature as closely as-humanly-possible.

I was also very fortunate to receive detailed info and very-high rez images of the original model from a well-respected source (sorry…I was sworn to not share them as part of the agreement to be allowed to get them). However, they will soon be made public in an upcoming book!!!

Scott will be using these pics of the model on his site as well…They will also be featured on Space.com soon. They were professionally photographed by Karl, at the Space.com studio in NYC.

Both models have custom-machined stainless steel mounting armatures and acrylic bases that were custom-fabricated in NYC. We also had the rear probes turned in stainless steel by my machine shop. The markings were re-created by Karl and the custom-made dry-transfers were done in Canada, including all of the main PAN AM indicia and all of the tiny stencils, blue, green, and red hash-marks, “No STEP”s, replicas of the original Airfix fuel port markings, etc.

Per Karl’s request, the models also had full interiors built and lit. The original did not have a lit interior (the windows were just painted dark gray), but we agreed that this was a cool option. Karl created all of the graphics for the interior, including all of the walls and control panels directly transferred from the full-sized set blueprints, and even the tiny PAN AM logos and “Caution Zero Gravity” signs in the passenger cabin and LIT cockpit control panels! The side view-ports are very-thin glass, so you can view the interior clearly through the windows. The outside of the model is 1/48th scale, but the interior is done in 1/60th scale, as the 1/48th interior would absolutely NOT fit. Typical “movie magic”!

Also, the paint-job on these was rather complex; taking 45 hours per model. The original model had a mosaic of subtly-shaded panels in various hues of blue, burgundy, tan/beige, off-white, and several shades of gray. There is also a lot of subtle weathering/streaking done in pastel chalks. It is quite colorful, but unfortunately, these colors are completely washed out by intense lighting in most photos and certainly in the film.

In total, each model has 286 additional detail parts that were replaced or added. It required 280 hours PER MODEL to build and paint! Each model also breaks down for shipping/repair into five separate sections that are held together with stainless steel alignment pins, magnets and/or screws. In the pics, the sections weren’t tightened completely, so there are some visible gaps. But once everything is finally secured, the joints will completely disappear.

I have documented the entire build/modification process on my Flicker account and will provide a link if anyone wants it. Hopefully, this will be helpful to others who may be working on this kit! 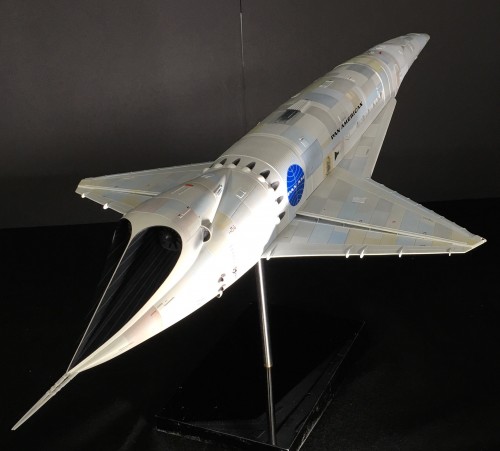 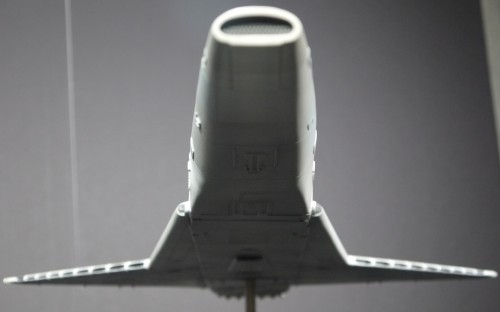 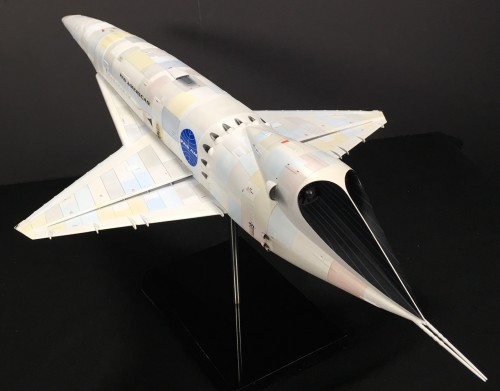 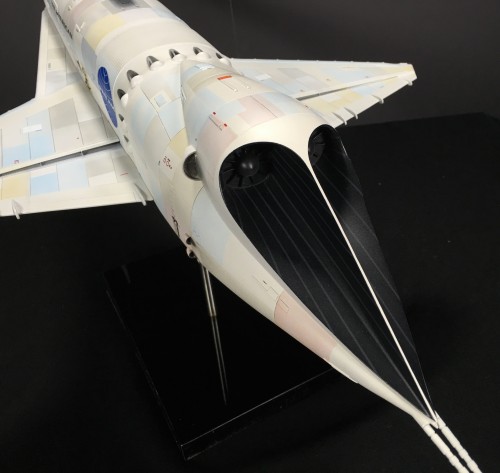 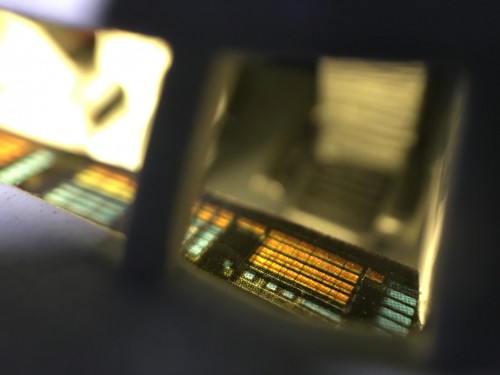 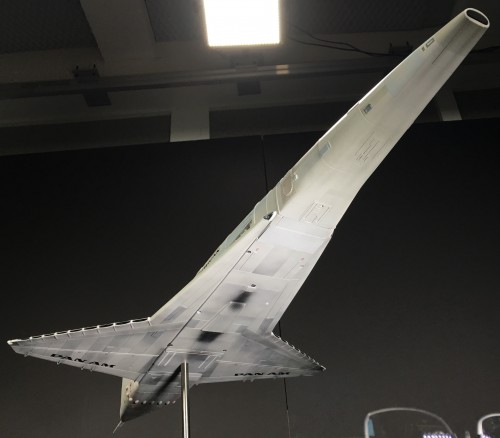 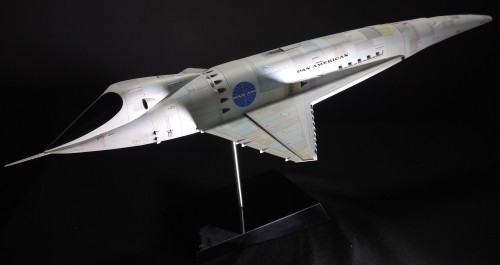 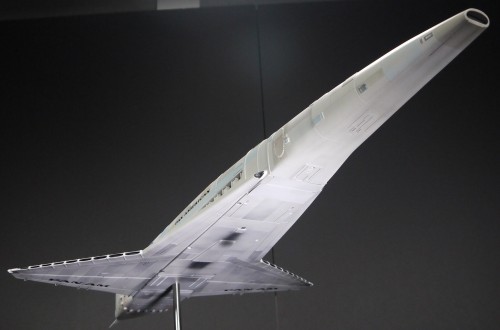 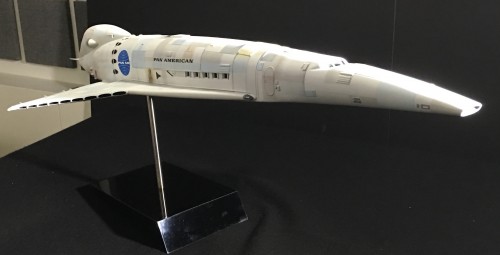 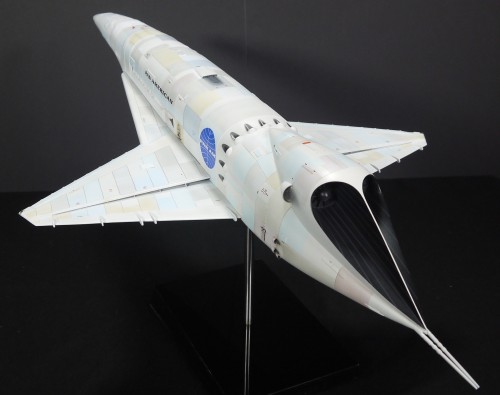 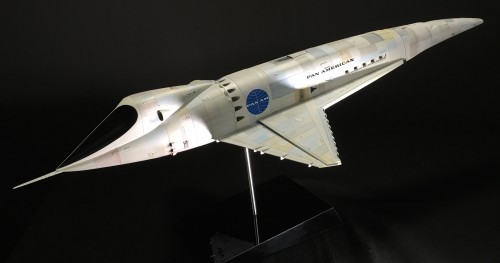