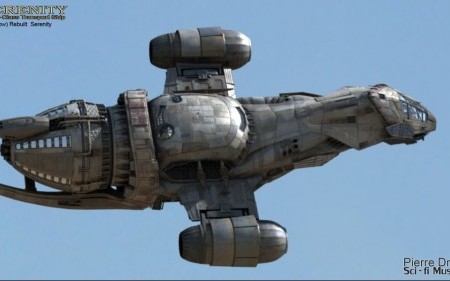 What can I say about this….. except FANTASTIC! Here are Pierre’s renders of all the versions of the Firefly Serenity that existed. 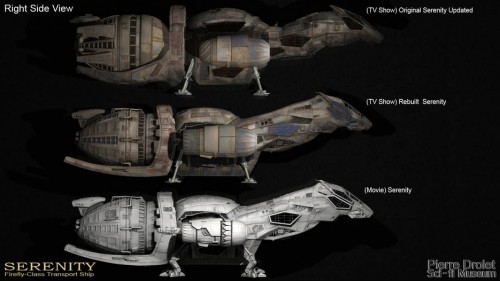 This is my second favorite story after the Viper Mark II. Both spaceships have the same exhaust nozzles in the engines.

Here’s how all that happened. Early in the Firefly production, I received a phone call from Emile Smith, Visual Effects supervisor, asking me to add details on their Serenity 3D model. Without going into technical detail but the 3D model had serious issues of all kinds. I did the best I could given the time and budget that they had to make the 3D model look descent and workable, but I was not happy at all with the end result. At that time they didn’t have the budget to let me rebuild the whole spaceship from scratch, but I offered to Emile that I would do it in the future if they had the budget for it. A few months later Emile called me back and gave me the green light to rebuild the 3D model Serenity. He also sent me the original sketch design with the basic shape which made more sense to me.

First, I have to say I really enjoyed rebuilding and redesigning the Serenity. However, I got caught up in the moment enjoying serenity and went a bit too far out from the original 3D model they had. Don’t get me wrong, Emile loved what I did with the new Serenity. After I was done with it, however, I learned that they did not have the time and budget to redo and re-render all the shots with the new Serenity. Since the new 3D Serenity was too different from the original one, they only used it for close up shots.

The New 3D Serenity model ended up not to be a waste after all. When the TV show got cancelled after only one season, Joss Whedon got the green light for the production of the movie entitled Serenity. The new 3D Serenity was back to life and was used for the movie. Emile called me again to work on it one more time with a few notes but mostly to add more details. He and I agreed that the side jet engines were too boring, so he gave me the approval to give them some extra love. I later got a good surprise when he asked me to transform the Serenity to a reavers ship.

When you look at the movie poster, the Serenity has the old jet engines and not the one’s in the movie. The reason for this was because I was in the middle of redoing the engines when they did the poster.
Pierre Drolet 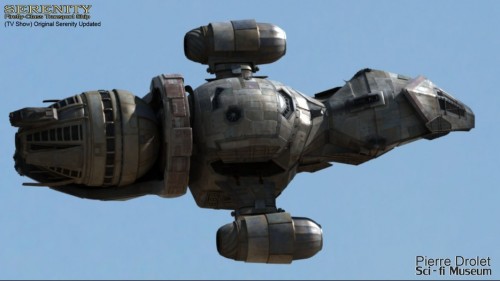 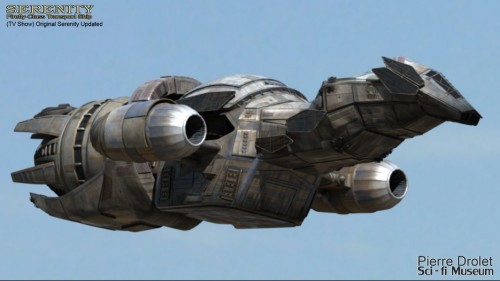 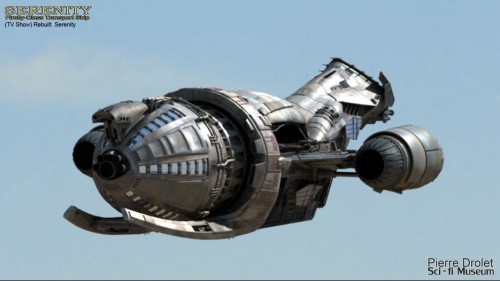 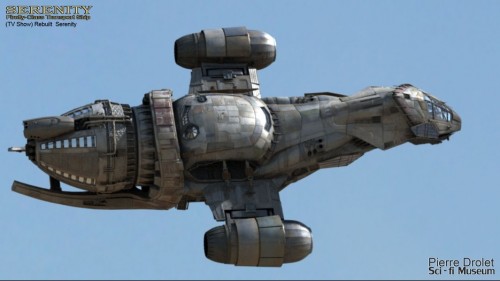 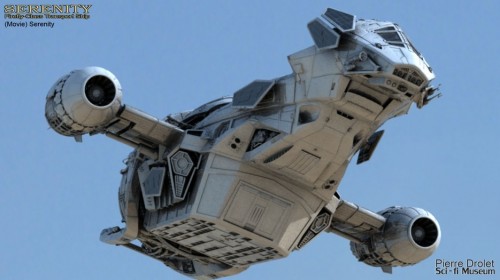 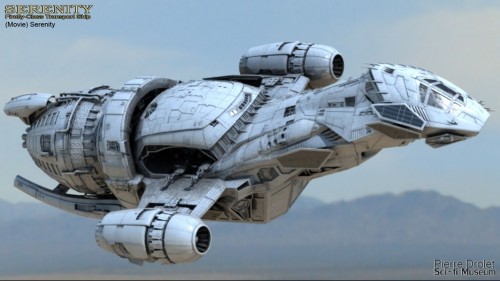 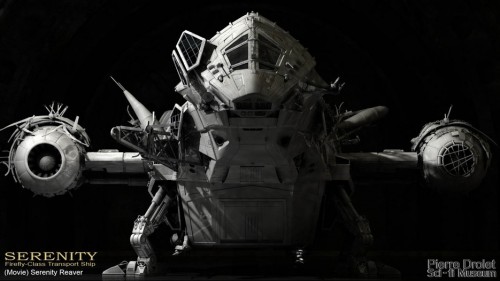 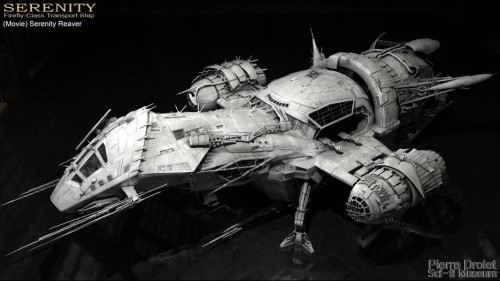