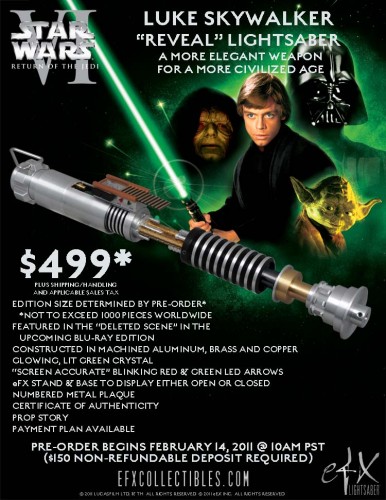 Click the photo above to go direct to the eFX site!

PRE-ORDER BEGINS MONDAY, FEBRUARY 14 @ 10AM PST.  A $150 NON-REFUNDABLE DEPOSIT IS REQUIRED TO PLACE YOUR PRE-ORDER.
(As usual, please disregard the count down clock!)Ever since Star Wars: Episode VI The Return of the Jedi was released in 1983, rumors have run rampant of a scene where Luke is constructing his new lightsaber in a cave on Tatooine that ended up on the cutting room floor.

Like Big Foot, the mystery surrounding this “deleted scene” was so intriguing that it had become lore to Star Wars fans the world over.  A lot of research by fans has been done, little tid-bits of information were found that may indicate the existence of this elusive scene, but nothing definitive.  Even the storyboard that describes this scene was discovered, but there was still no evidence of the scene actually being filmed.

Many believe that the lightsaber that may have been used in this scene was the lightsaber that is referred to as the “MOM” lightsaber, which is the one that was on display at the Star Wars: The Magic of Myth exhibit at the National Air and Space Museum in 1997-1999 and then in the touring exhibit.  This lightsaber had an accessible control box with a removable PCB cover.  It also had a hole near the pommel for possibly the wires.

Fast forward 27+ years, August 14, 2010 . . . Star Wars: Celebration V in Orlando, Florida.  The mystery of the elusive “missing scene” was finally solved and to the thunderous applause of the crowd, it was shown and announced that it will be edited back in the long awaited Blu-Ray Discs of the Star Wars Saga!

eFX is proud to introduce the first in the next generation of replica lightsabers, the Limited Edition Luke Skywalker “Reveal” Lightsaber as featured in this scene!

– MSRP: $499 Plus S/H and applicable taxes
– Edition size determined by Pre-Orders.  Limited to 1000 pieces worldwide
– Constructed in aluminum, brass and copper
– “Screen accurate” blinking red and green LED arrows
– Glowing. lit green crystal
– Numbered metal plaque
– eFX stand and base to display lightsaber either closed or open
– Certificate of authenticity
– 3 Payment plan will be available: $150 Deposit plus 2 payments of $174.50
S/H and applicable sales tax will be added to the last payment.

More exciting photos will be coming! 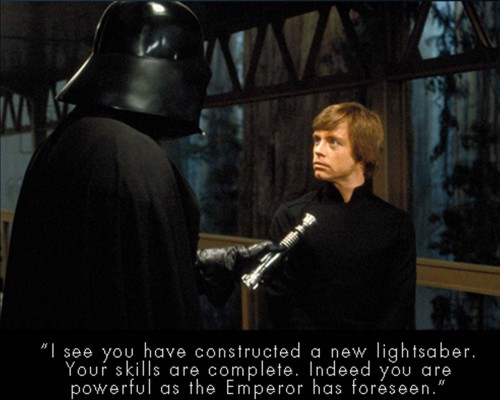 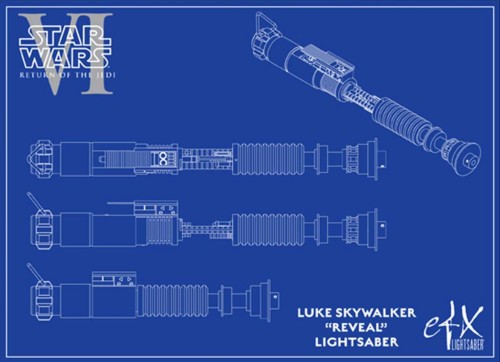 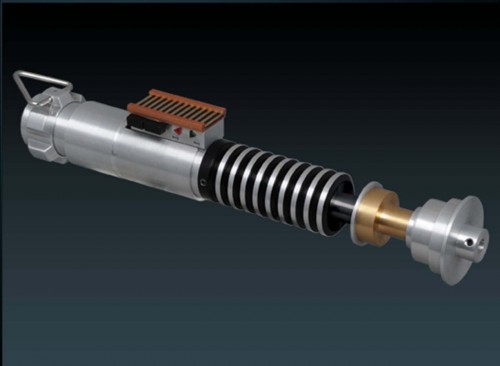 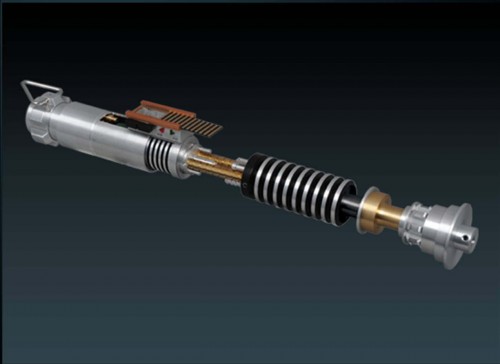 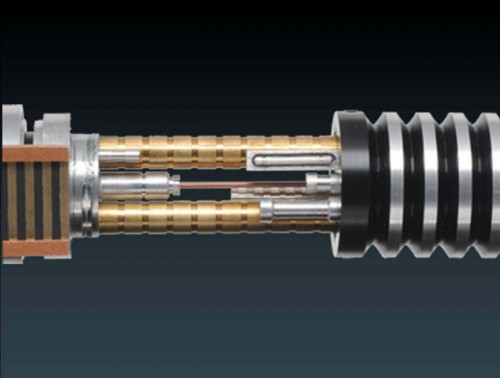 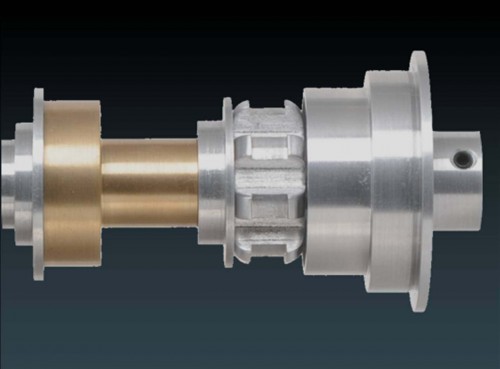