Here is an alternate scenario where aliens find their way to present day Earth instead of to be found on a faraway planet in the distant future. Here a disparate cast of survivors find themselves banded together on a London tour bus careening through the streets trying to flee an invested city, barely under control and teetering precariously with the group desperately fending off the surging Xenomorphs. The cast consists of a pair of London police constables, a British soldier, various civilians and a movie-nod AR-15 toting action-heroine.

The figures are modified from a variety of sources including Master Box, Tamiya and various unknown figures out of my spares stash. The Xenomorphs are slightly reworked and reposed Konami Alien toys. The face-huggers are from an artist on Etsy who 3d prints them (they are really nice). The action-heroine is from a line of excellent Japanese sci-fi and fantasy figure kits I found on Ebay.

The tour bus is converted from the new and magnificent Revell of Germany London Bus kit. It is highly detailed and masterfully engineered. It’s an extremely complex kit that is not recommended for less experienced modelers or the faint-of-heart. I used some of the kit’s attractive London transit decals even though they may not be applicable to a tour bus, and made other custom markings on a printer. The Austin Mini Cooper is a Tamiya kit, cutting out the door and the sunroof was rather tricky.

This is certainly the most expensive personal project I have ever done. Costs total about $400. with another $100.+ of stuff purchased but didn’t make the final edit. Dioramas are probably the most organic genre of model making activities, it’s impossible to plan everything exactly, a lot happens and evolves as the scene comes together. 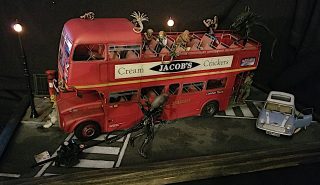 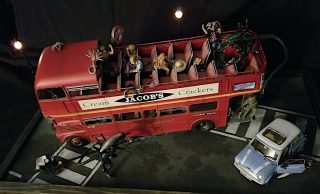 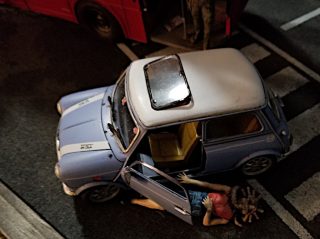 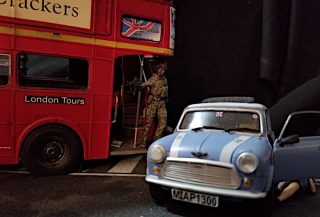 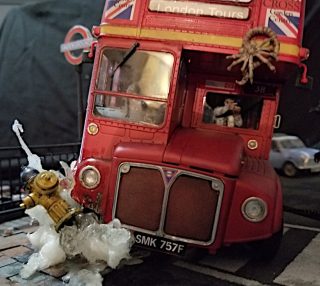 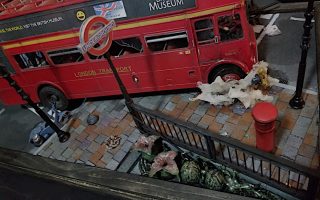 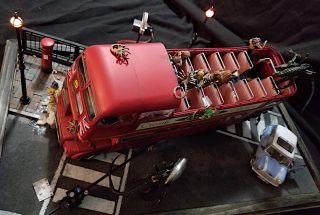 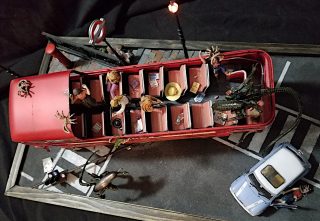 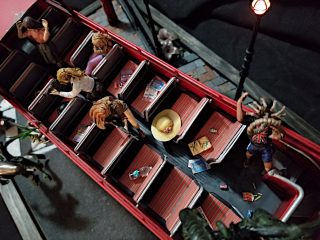 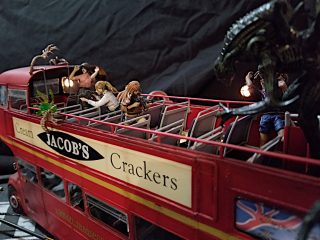 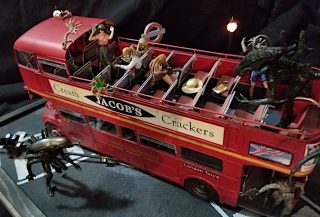 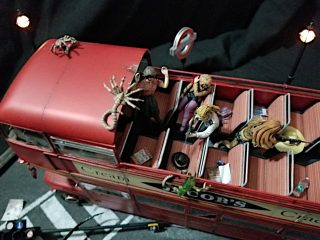 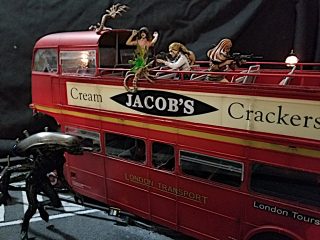 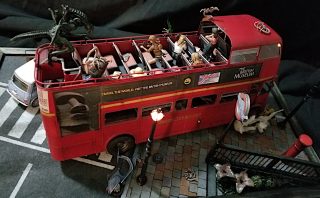 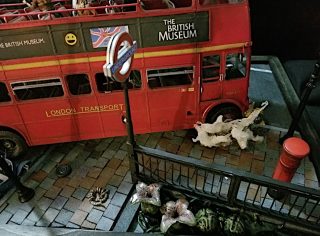 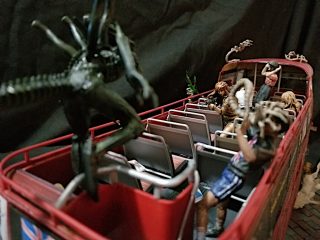 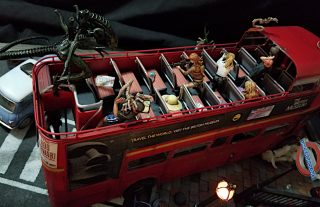 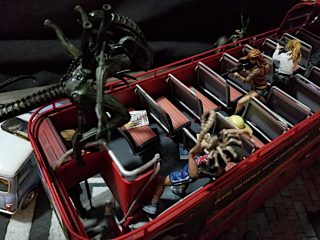 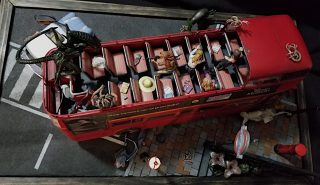 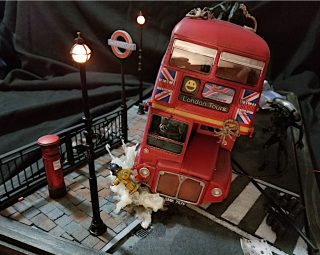 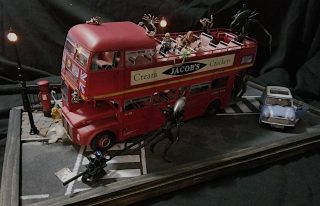 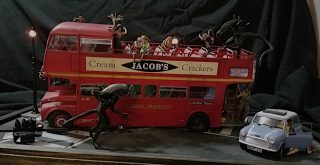 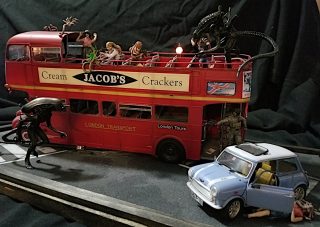 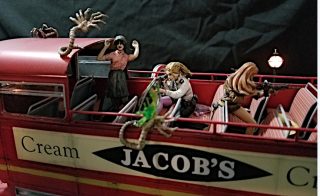 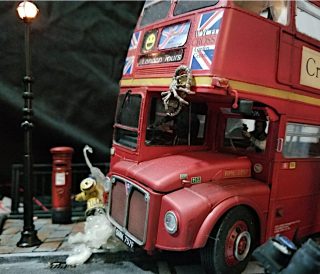 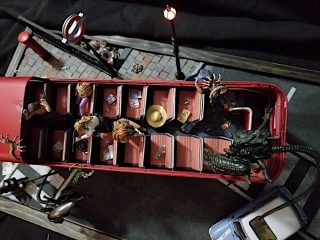 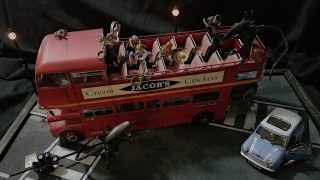 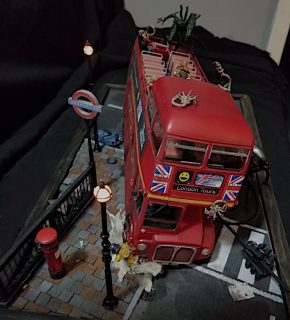 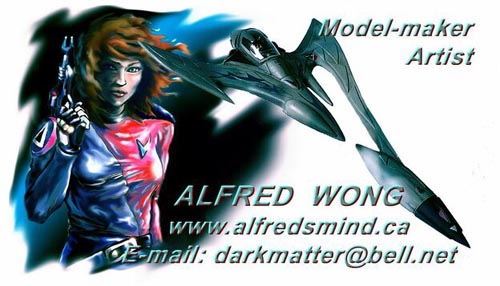 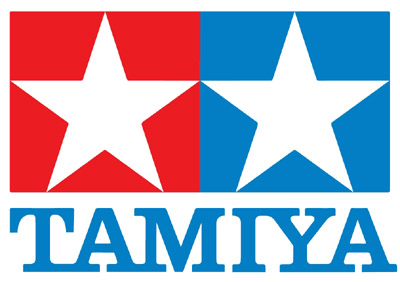