This snap together AT-ST came out beautiful by the fantastic skills of artist Gary Wallace! I love it! 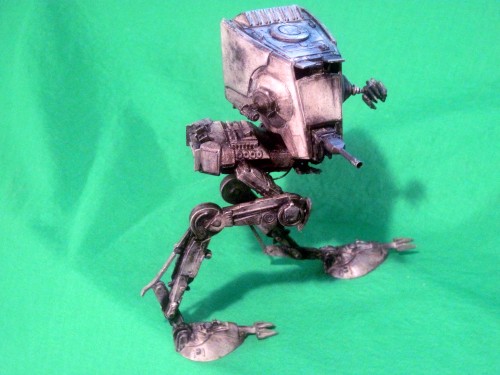 As told by Gary Wallace…

After the crushing defeat of the Imperial forces at Endor and the fall of the Government  all remaining Imperial garrisons on the outer-rim found themselves cut off from vital supplies. Forced to acquire their own supplies many Commanding Governors formed highly mobile strike forces to attack Republic/non-Republic colonies. Knowing the newly formed Republic was stretched too far militarily as to worry at that time to engage rouge Imperial factions so far from core Republic sectors. After many operations the wear and tear on all equipment was overwhelming maintenance crews for the strike force walkers. Parts from any non functional vehicle was used to maintain the combat readiness  no matter it origin. This AT-ST has been Field modified with multiple K-balled (scavenged) parts from T.I.E. fighters to B-wing fighters and whatever else the Ramp-apes could lay their hands on.  The model is a snap to gather from the late 80’s and I’ve been toying with it for almost a year just to enjoy myself.  Thanks for looking!!! 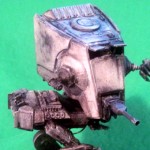 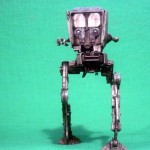 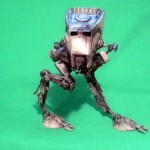 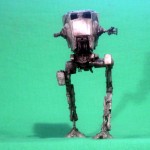 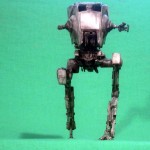 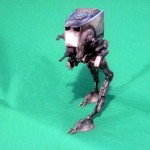 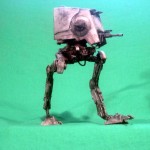 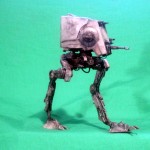 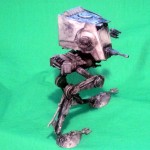 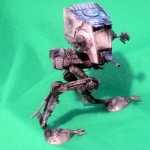 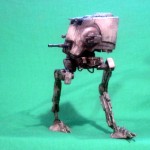 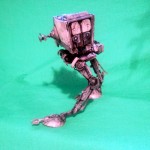 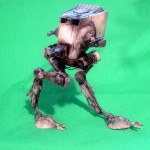