Master artist R.L. Bleecker sent this to me today for all of you…. and instant Star Wars Christmas Classic Poem! Thank you Mr. Bleecker! And Merry Christmas! 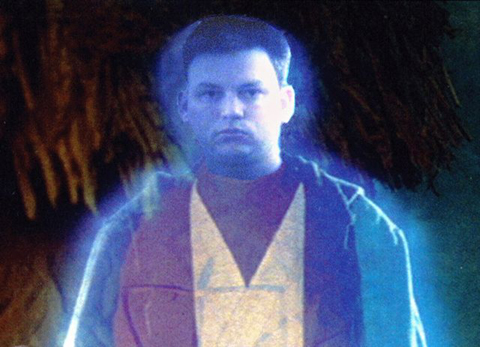 With Artoo in his socket and Threepio in the bath, Luke was playing with his toy Skyhopper and doin’ the math.

When out on the Salt Flats, there arose such a clatter, that Uncle Owen grabbed his blaster and went to see what was the matter…

And down in the kitchen, Aunt Beru worked on dinner with care, in hopes that this year’s moisture harvest would soon be there…

With the Tuskens out raiding and the Jawas snug in their beds, visions of Stormtroopers danced in their heads.

And in the cantina some alien bullies cut the scene in a dash, but Ben Kenobi chopped off their arms in a flash!

Over in the corner, sippin’ a toddy… Solo told Greedo, ” Over my dead body! “

And in Mos Eisely amongst the sand and the junk, Luke and the gang found the docking bay quite in a funk.

” Get on board! ” Captain Solo said, and out of the blaster fire, the Millenium Falcon fled!

Above the planet, some Imperial Cruisers did tag, while the little freighter did a zig and a zag.

While on the Death Star, that mighty gray ball, the Imperial Bureaucrats were plotting the Rebellion’s fall.

In the briefing room, with a wheeze and a choke, Motti suddenly realized old Vader weren’t blowin’ smoke!

When out of hyperspace they appeared, Solo strokin’ his stubble, they saw that Alderaan had been reduced to rubble.

” That’s no moon! “, the old Jedi exclaimed, while in full-reverse. the Falcon did strain!

Tucked under the deckplates and tucked in the crannies, the Wookiee howled that he hated having a cramp in his fanny.

As Solo reached around for a tool, he saw the old man and said “Geez, what a fool!”

And down in the bay, the men sensed his unpleasance, as the man in the black mask felt such a presence.

” It’s just a bad transmitter, I’ll see what I can do. “, as out from the doorway the Wookiee’s long arm had flew! A man slumped to the deck, his midsection a wreck, as the droids and the boy took in the view.

But the smuggler wasn’t buyin’ such stuff, as he reluctantly put the Wookiee, most grumpy, in cuffs.

As they fetched the Princess and swam in some junk, she said ‘Solo, don’t be such a punk! This walking carpet is in my way. You’d better do as I ask, or this’ll be a bad day! “

As Ben cut the tractor, so the ship could be free, down the corridors and through the blast doors, the heroes did flee.

Luke and Leia, who took a wrong turn, knew if something wasn’t done, they’d feel a bad burn. With a rope and with a kiss, they swung across the gap, Luke and his Sis.

In a duel to the death, hearing Lord Vader’s breath, Obi-Wan met his fate, at the hands of his student, who gave in to hate.

Thinking Ben was toast, but instead was a ghost, Vader prodded the cloak, then realized the joke, as the Falcon sped off on a coast.

‘Soon the Rebellion will be on ice,’ Said Vader, not so nice,’ For I’ve hidden on their ship a homing device’.

Tarkin, the Moff, started to scoff, ‘ This had better work, for I tire of taking the advice of a jerk! “

Surprise, surprise, here comes some TIEs, as Solo’s ship jinked and it janked, their hope of escape, possibly yanked.

” Don’t get cocky! ” said Solo to Luke, his gaze mean and rocky then the TIEs were dispatched, one by one from the air, and the girl and Wookie, up in the cockpit were still there.

Luke looked after Leia and said ‘ I got a crush ‘, then Solo put him down with a grin and a flush.

Soon upon Yavin they all did arrive. The Generals were glad the Princess was alive.

Into a machine, they plugged Artoo, to take a few scans and discovered in detail, the battle station plans.

With the all the data they stole, the rebel pilots learned they’d be aimin’ for a teeny-tiny hole!

In their X’s and Y’s, they took to the skies… off into space, to the station they raced.

” Look at the SIZE of that thing! ” Said he, but I wouldn’t get anywhere close to that, if it was me.

” Stay on target ” said Pops to his leader, but he hit the surface in flames, like an out of control speeder.

Then Porkins, whose first name was Jek, was shot down with a problem, a discombobulated wreck.

Luke and Biggs and Wedge, they avoided the towers, but soon they skimmed the trench, going full power.

” Let it go, Luke ” said the ghost, for Luke needed the Force, certainly the most.

” He switched off his computer “, they said of the shooter, as Luke let fly like playing the flute, sent two torpedoes smoothly down into the chute.

Luke pulled up, ever the flier… since Solo appeared and pulled HIS butt out of the fire!

From M.T. Meyer Studio… and Modeler Magic…. A very MERRY CHRISTMAS and HAPPY HOLIDAYS to ALL! Whatever you celebrate this fine time of year… we wish you ALL the best! Especially those in uniform who sacrifice so much for all of us in the world!