Artist Ray Lawson is back with this fantastic Velociraptor! So realistic looking! I love it!

Here is what Ray has to say about this amazing piece…

This 1:6 Velociraptor was one of the most fun of the original line of Horizon vinyl model Dinosaurs made from the molds of the sculpts from the Jurassic Park movie.  They were actually cast from molds using the actual sculpts that were used to model the CGI Dinosaurs, so they were in more “placid” stances, and were less threatening. When this model came out, I was “contracted” to build quite a few of these kits being that I had a secret to make them more realistic. I went to a taxidermist with the model and ordered a few sets of glass eyes to go inside the models after I carved out the areas before assembly. I then used white glue around the eyes to make the edges of the eyes look more realistic by simulating the wetness that builds up in the corners of the eyes. With this Tiger striped raptor, (that I painted stripe for stripe from shots I copied off of some National Geographic Bengal Tiger photos), I cut the arms and wrists upwards to a more menacing pose, filling those arms with bundled coat hanger wire to get the right bend in the wrists and fingers. Then I cut open, filled in and re-sculpted the mouth to a wider gape just as I did with a T-Rex build that I will show photos of at a later date. Of note…if you look into the Raptor’s eyes, the eyes appear to follow you where ever you go.

Here is a funny story regarding one of these builds. When I carried the first of these finished pieces to my Client, a guy stopped and asked me, “Where’d you shoot that thing?”. I had to pause for a moment, then it hit me he thought it was real! I then replied “in my backyard.”. With notable surprise on his face, the man asked “Where do you live?!!”. I just had to share that with all of you. Here are the first shots of the 5th kit I had done. I call him “TIGER”!

Thank you for looking! 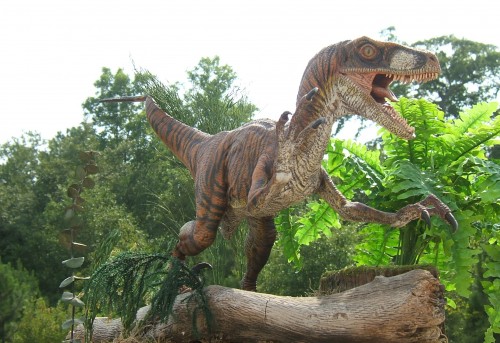 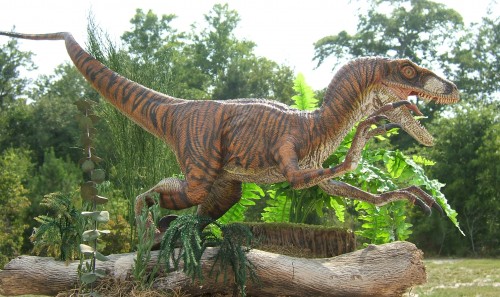 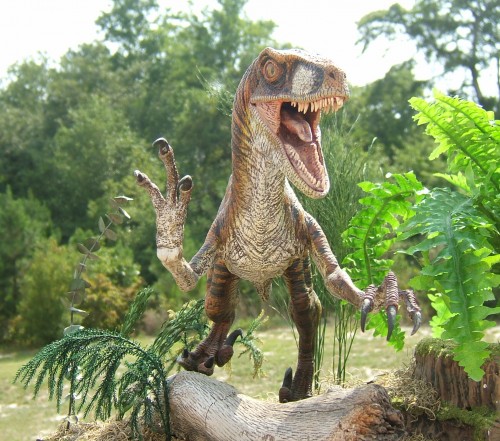 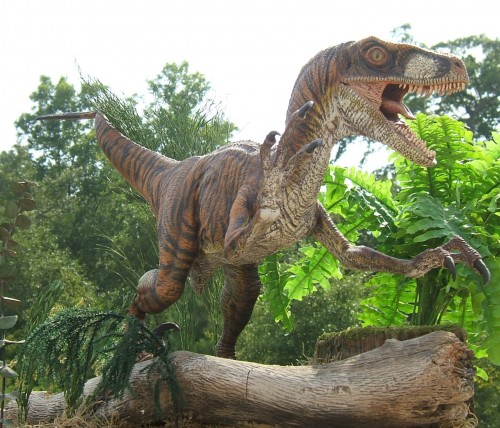 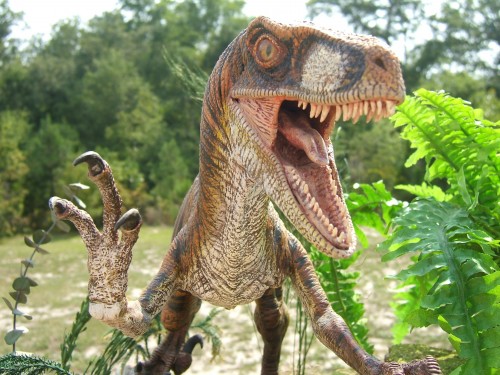 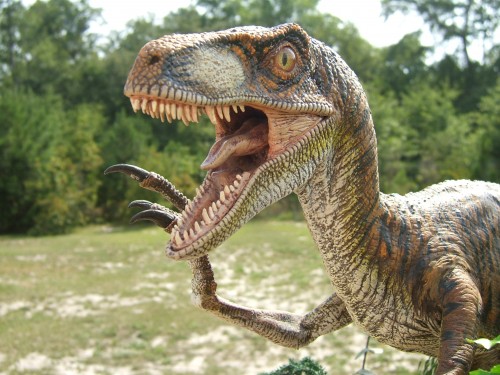