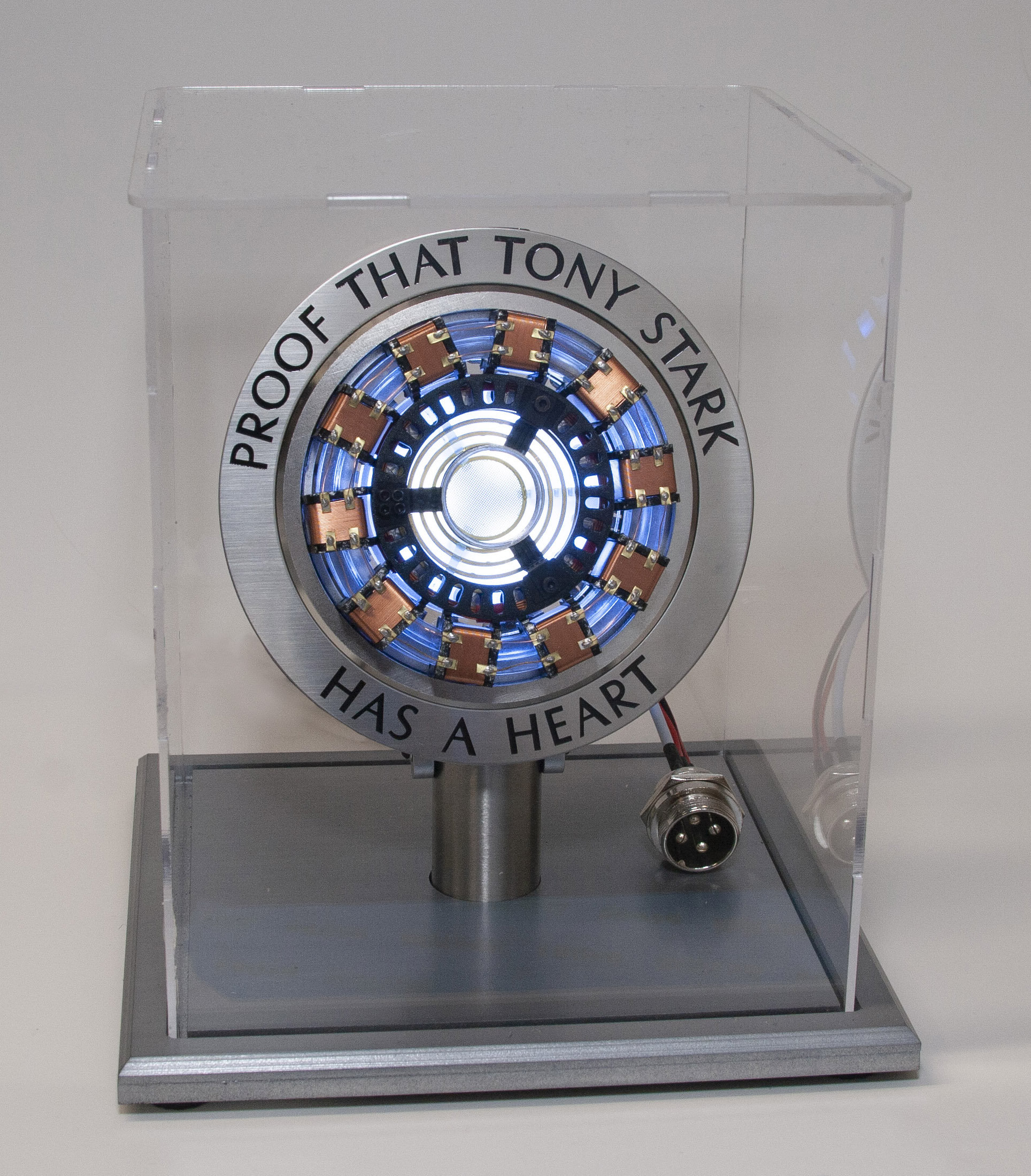 This is a 1:1 kit replica of Tony Stark’s ARC Reactor from the first Iron Man movie, that he made in the beginning while being held captive in the cave. This is the Mando Productions kit, and very well made. Out of the box it’s probably 80% accurate to the screen used prop. I wanted to get it as close as possible, so added in some of the same capacitors used on the prop. The kit’s only downfall is it has a rather poor way of trying to run the thin copper wire that connects to each section. So that took some rather extensive rework. I cut out small brass plates to glue on each section. Then used a drop of super glue to connect all the copper wiring, which was then covered in chrome paint pen to simulate soldering.

The kit lights up with a standard USB connection. The only other major flaw was for the base of the case, it ships in a gloss black, whereas the screen prop was a brushed metal. So I painted and weathered that piece accordingly as well.

All in all, a very fun build. 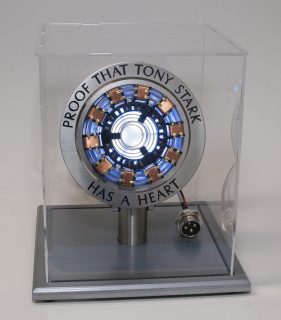 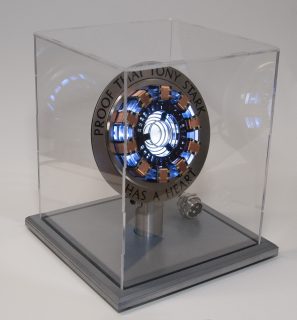 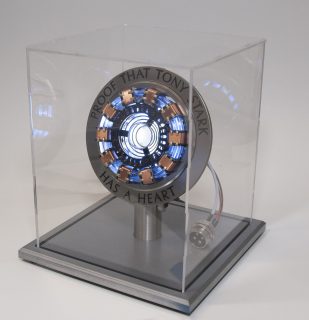 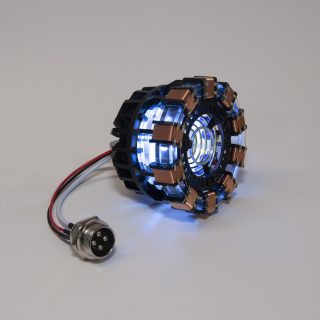 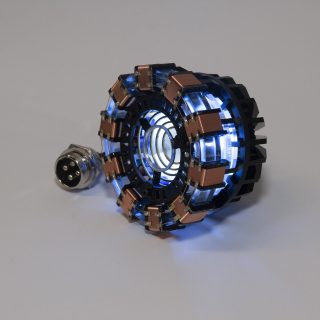 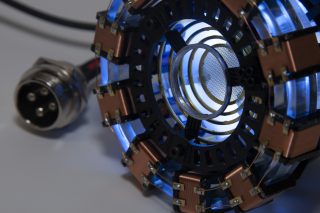 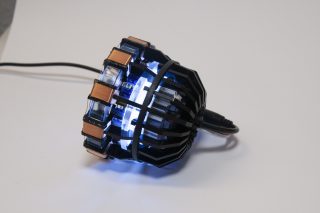 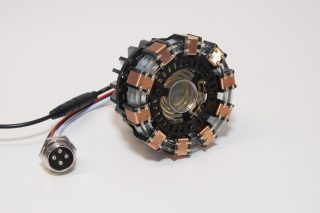 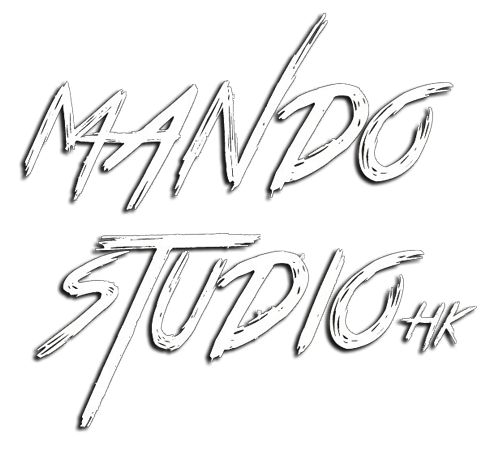