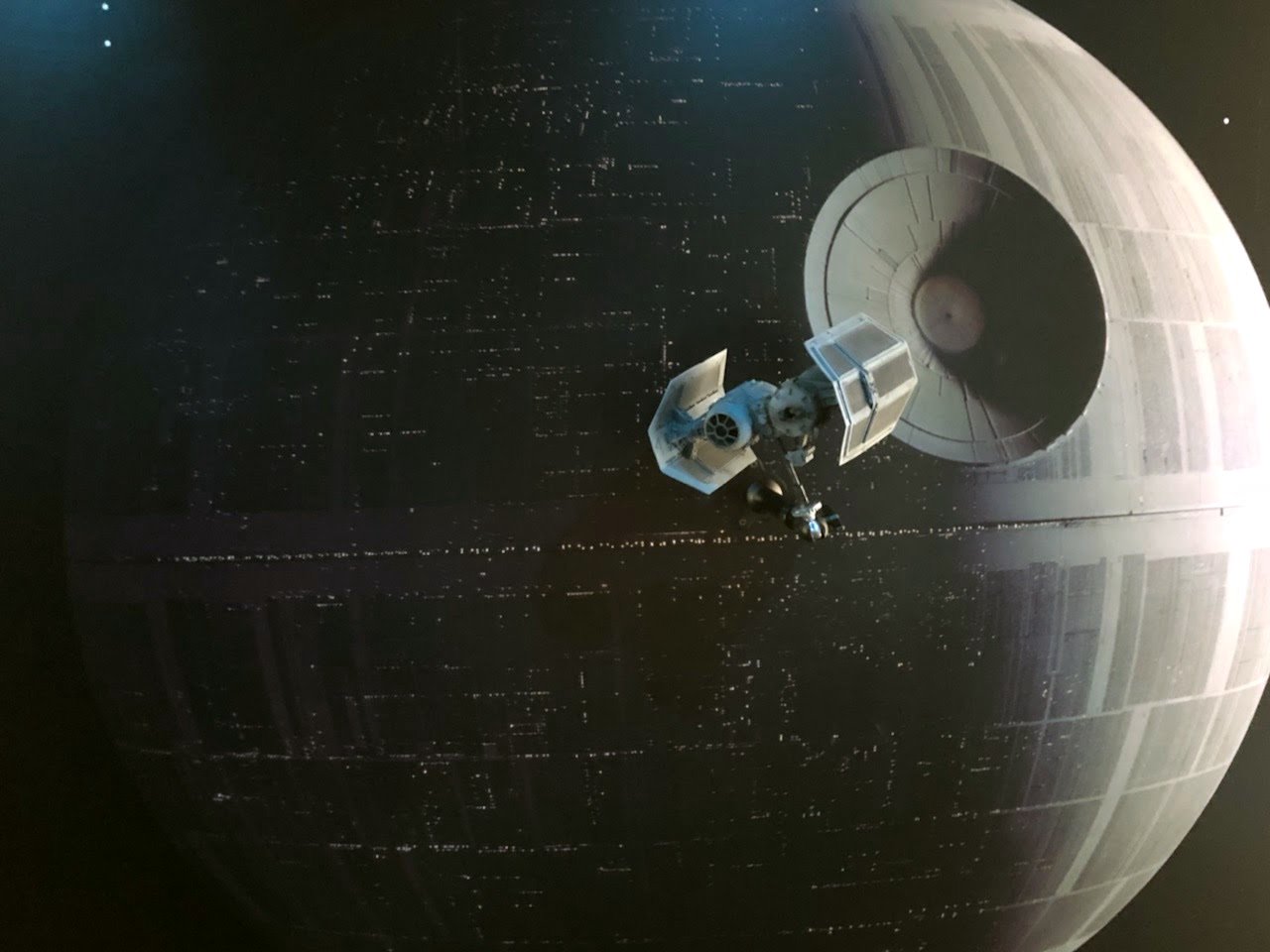 I received a call last month asking about the Studio Scale TIE Bomber we had just shown that artist Benjamin Yetter built from the JPG Kit (SEEN HERE). The call was from artist and collector Mike Hawes. He wanted that piece by Ben Yetter in his Gallery… and a few days later it would be so! What is even more fantastic is the way he displayed it… using the old and trusty Panavise, he mounted it to a wall that had a fantastic Death Star upon it. Adding to the lighting effects, he matched what light was hitting the Death Star on the wall art to the light he used to feature the TIE Bomber. Beautifully done! Mike Hawes is creating an amazing Gallery in his property, and is adding new pieces every week. I have spoken to him about giving us a video tour… and he has agreed. We shall show that in the next few months with all permitting. This is excellent work by Benjamin and Mike! 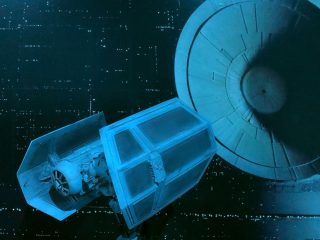 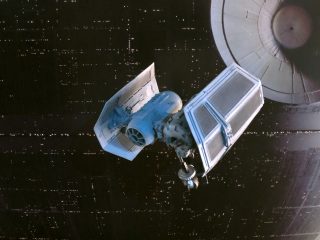 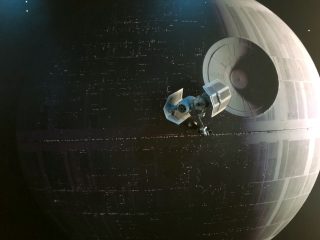 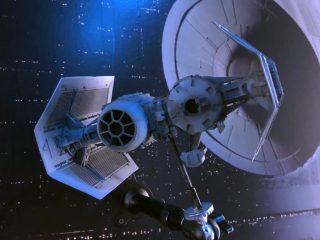 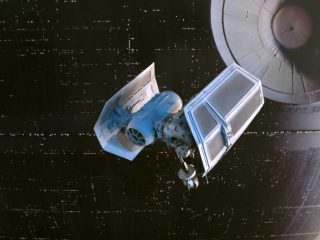 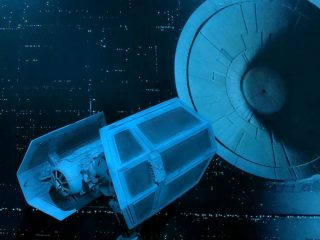